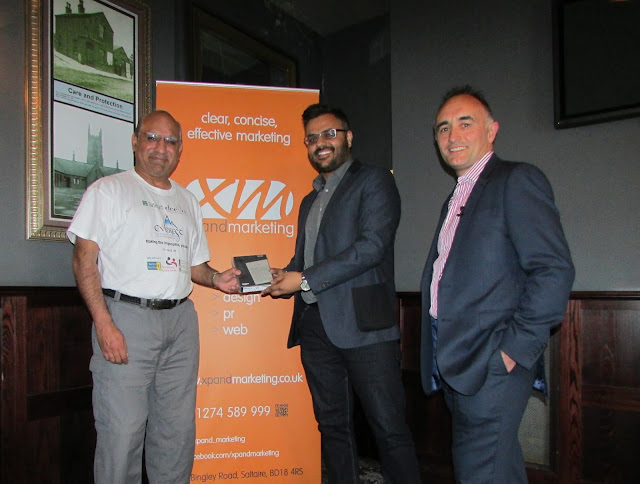 We have all seen the BBC TV programme Dragons' Den. But what is it really like to appear on the hit TV programme? And what does it take to actually win investment from the Dragons?
Most people who appear on the BBC TV programme are knocked back by the words "I'm Out". But one of the very few people to succeed in the Dragons' Den is Ian Taylor who won investment from celebrity entrepreneur James Caan. How did he manage to win where so many others have failed? What secrets did he learn from the experience? What happened next? And what happens to successful entrepreneurs four years after they have appeared in the Dragons' Den?
On 8th June all these questions were answered, when Ian gave a fascinating talk about his experiences of being one of the very few people to win investment on BBC's Dragons' Den.
In addition to the fascinating talk by Ian, on the night we also raised over £150 for the Macmillan Support Centre in Huddersfield and Halifax.
Special thanks go to Jag Panesar from Xpand Marketing who kindly donated a Kindle for use in the free prize draw. This was won by Yorkshire Managers' member Zulfi Hussain MBE.
The Photo above shows (L to R) Zulfi Hussain, Jag Panesar from Xpand Marketing, and Ian Taylor.